“History is the story people make of change in time.”
- Sirkka Ahonen, Coming to Terms with a Dark Past: How Post-Conflict Societies Deal with History

A Brief History of Finland 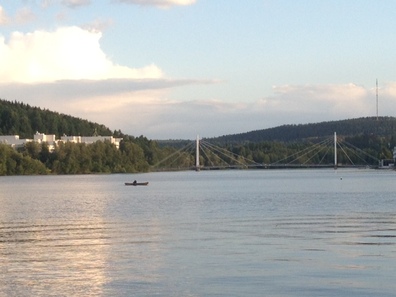 Finland’s historical narrative is one of a small nation that struggled to gain independence from the border countries of Sweden and Russia.  Over time, Finland created an identity that was built on the idea of Finnish sisu- a term that is difficult to translate but conveys the meaning of endurance and perseverance throughout difficult times.  Finland gained independence in 1917 and is very proud of the values and successes that have come to define Finland.  The timeline below is only a brief glimpse into the events that make up the historical story of Finland.

1100s- Sweden takes control of Finland and leads the first Christianizing expedition.  This begins a period of Swedish control that lasts over six centuries.

1500s- During the Reformation, Sweden adopts the Lutheran faith and it becomes the official religion of the territory.  Finns were largely peasant farmers who were forced to lease land from Swedish landlords.

1714- Russia occupies Finland after taking advantage of a weakening Swedish Empire.  This marks the beginning of the seven years that is known as the Great Wrath. Sweden and Russia continued to fight into the Napoleonic Wars.

1809- After a bloody war with Russia, Sweden officially ceded Finland to Russia.  Tsar Alexander I promised to respect Finnish culture and customs and mainly ruled from afar.  The capital moved from Turku to Helsinki out of fear of Turku being too close to Sweden.

1899- The Tsar tries to implement a policy of Russification in Finland trying to impose the Russian language and other customs on Finland.  With the growing sense of Finnish nationalism that had begun in the beginning of the 19th century, widespread protests broke out and campaigns for independence gained strength.

1917- Finland gains independence from Russia.  Shortly after, the Finnish Civil War between the communist Reds and the bourgeois Whites breaks out.

The Whites were land-owners, small independent farmers, industrial entrepreneurs, civil servants, teachers, clergymen and intellectuals.  The Reds were landless labors, tenant farmers and industrial workers (65% of the households fell into the Red’s position).  The Whites, with German help, eventually gained victory and the war ended in 1918.  After the White victory, there was a “cleansing” of the country where many Reds were placed in concentration camps.  Over 30,000 Finns lost their lives in the Civil War and it caused great divisions within society that are just now beginning to be accurately talked about and healed.

1939- Soviet and German leaders signed a non-agression pact that gave the Soviets control over Estonia, Lavia and Finland.  Finland refused to allow the Soviet Union to build bases on Finnish Soil and the factions of the Civil War united to fight in the Winter War.  It was a harsh winter and fighting lasted over 3 months with Finnish troops showing great courage and heroics.  After 105 days of fighting, Finnish troops were defeated and Finland was forced to ceded the Karelian Isthmus to Russia.

1941- The Soviet Union continued to try to take more territory forcing the Finns to turn to Germany for help.  They allowed German troops to cross Finland to fight against the Soviet Union.  This began the Continuation War and Finland gained some territory, but not all back from the Soviet Union.

1948- The “Friendship and Cooperation” Act was signed between Finland and the Soviet Union on the premise that Finland would remove the Germans in Lapland.  The Germans set fire to many towns (including Rovaniemi) and retreated out of the country.

1950- Urho K Kekkonen becomes the prime minster for the first time.  In 1956, he is elected to the position of president, which he holds for 25 years.

1952- Helsinki hosts the Summer Olympic Games.  Finland also pays off its war reparations to the USSR.

It is during the 1950s through the 1970s, that Finland’s society changed from being an agricultural based community to over one-third of the population moving to cities.  There is significant economic growth during this time and promoted the growth of the welfare state.

1989- With the collapse of the USSR, Finland is able to close a long and complicated chapter with it’s neighbor Russia.  However, this caused a significant economic downturn in Finland and required a new approach to policy.  It is in this time that many significant educational reforms take place.

2000- Finland elects its first female President, Tarja Halonen who is a popular figure and remains in office until 2012. 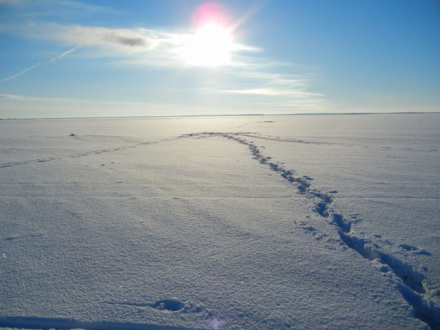 Finland is now seen as a leading country in many different arenas.  This country also has a deep pride for the transition that they have made from a farming nation that was plagued by war for years into a peaceful, wealthy stable nation.  It is important to understand this “struggle narrative” to understand the development of the welfare state, emphasis on unity and consensus in policy making and to understand the unique perspective of the Finnish culture.  It is also important to understand the history of this country to understand it's value of hard work and education leading to a better life.  Finns fought for independence and gained a national identity that is still very present in today's society.
Sources:
Abrahams, Ray.  A Place of Their Own: Family Farming in Eastern Finland.  Cambridge University Press, 1991.
Ahonen, Sirkka. Coming to Terms with a Dark Past: How Post-Conflict Societies Deal with History.  Peter Lang Gmblt, Frankfurt, 2012.
Kolbe, Laura (ed.). Portraying Finland: Facts and Insights. Otava, 2008