In January of 2013, the Youth Guarantee Law was launched.  This law “requires that each person under 25 year and each recent graduate under 30 years of age be offered work, a traineeship, or a study, workshop or labour market rehabilitation place, within three months of becoming unemployed.”  This law is also an educational guarantee, which guarantees a study place for each young person finishing basic education.  The Ministry of Employment and the Economy appointed a working group of invested stakeholders to prepare proposals to address the growing drop out rate and the rate of youth unemployment in Finland.  This law is a result of this working group and is designed to address the growing concern. 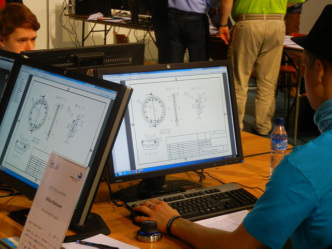 In 2011, there are approximately 110,000 young people aged 20-29 who do not have a post-basic qualification.  This lack of qualification excludes young people from the labour market and society preventing them from gaining employment.

"Prevention of drop-out from education and exclusion from society are a policy priority in Finland.  Although the drop-out rate from VET programmes is not high in European terms, the reasoning is that every individual who drops out from education and the labour market is seen as being both a personal tragedy and a significant cost to society."     - VET- Finland, 2012

These socially excluded young people are a growing national concern because of both the increase in numbers of excluded youth as well as the diminishing size of the working population (due to retirement).  This causes the issue of youth employment to be more important than ever.  Without a growing working population who are contributing to taxes, the social welfare system that Finland values and is an intricate part of the culture cannot be sustained.
“The cost arising from 40,000 socially excluded young people is approximately 300 million euros a year.”

There are three groups of young people that this law is aiming to support.

1.  The first is young people who do not get a place to study after completing basic education (grade 9).  Every year there are between 4-5,000 students that fall into this category and are left without a place to study in further education.  This can be because of not applying, not being accepted into their first choice and therefore not going to school, or are not admitted.

2. The second group is young people who complete their upper secondary education qualifications but cannot find employment and register with the government as job seekers.   In December 2011 there were approximately 54,900 registered job seekers.  Of those, the following breakdown occurred:


3. It is impossible to know how many young people fall into the third category of young people who are not currently involved in any activities or are otherwise in need of support.  One estimate of 30-year-olds in this situation is approximately 40,000.

Many of these young people overlap in the target groups that the Youth Guarantee Law aims to support.  It is also important to acknowledge that there is a growing problem of social exclusion happening in the upper secondary level of education.  Again, it is difficult to gather exact data because there are multiple paths in education and with the growing movement of young people between fields of study, there is cross over in data points.

There are about 10% of post-compulary school leavers (ages 15-16) who do not continue studying in either general upper secondary school or in vocational education training programs in Jyväskylä.  Approximately 5-10% of vocational students drop out school each year.  Jyväskylä has begun the process of figuring out what can be done to overcome some of the reasons for these statistics.  The Jyväskylä Educational Consortium has begin to identify how to manage students' educational path and who are the responsible people for each of the areas when students could possibly fall through the cracks.  They have also already identifies the areas where social exclusion can be prevented and begun a pilot project to address these areas.

What the Law Does 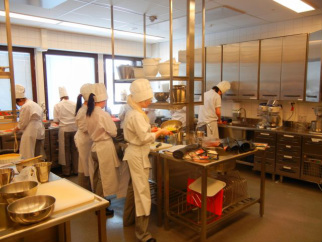 Through 21 proposals, the Youth Guarantee Law is addressing the supports that each of the target areas need in order to respond to the growing numbers of dropouts and unemployed youth.  Some of the highlights are:

More study places for vocational education:  There as been an additional 1,700 places in vocational schools added for students to apply to.  These places were added in career fields that will be suffering from a shortage of employment in coming year as well as in regions that lack vocational placements.

Encouraging Entrepreneurship:  young entrepreneurship will be encouraged and supported through an increase of training, advising, business skills and start up grants in vocational schools.  This emphasis is to encourage more risk-taking and innovative approaches to start new companies.

Other Supports: outreach throughout Finland will be increased to find young people who are not currently involved in any activity.  It will be the municipalities responsibly to report on the status of these socially excluded youth and to provide individual counseling support to reengage them.  There will also be more guidance courses provided for young people who are searching for a job, planning a new career, identifying their career paths.  There will also be more support, including financial support, for businesses that hire young people registered on the jobseekers list with the government.

I love this law!  I also love how it is reactionary to the specific needs of young people.  The entire country is focused on creating policies that are directly related to the needs that young people have expressed.  However, this law is new and openly admits that it does not provide enough funding from the national government to support it.  This means that there will be additional financial strain on already struggling municipalities.  In Jyväskylä specifically, there are significantly more students living in the city than there are taxpayers.  Between the large university and the upper secondary students to travel to attend Jyväskylä College, there is a strain on the cities resources.  Although, it is clear that the long term benefits of reengaging youth into the workforce will pay off in the form of taxes and labor, it is not clear if the city can support this new law without major cuts in already existing programs.

When I think about the idea of someone’s (literal translation is "detective") job specifically designed to find disengaged youth and reengage them in productive educational opportunities, it is easy to be hopeful and jealous of a system that values that position.  I wish that there would be such responses in reaction to US drop out rates.  It was recently reported by the Department of Education that 59% of DC students will graduate from high school, the lowest in the nation.  Although there are many factors that influence a comparison between Finland and the US, it would benefit the US financially to consider the loss of money in taxes that is a result of the low graduation rate as Finland has.   In this New York Times Article “The True Cost of High School Dropouts,” argues that if both liberals and conservatives would begin to tackle drop out prevention we could be well on our way to economic recovery.  This is an area we can certainly learn a few lessons from Finland.